Pay Attention Before Getting A Cheap Table Saw

A table saw is also known as a sawbench. It is basically a woodworking tool consisting of three main parts; a blade, an arbor ( on which the blade is mounted) and an electric motor, responsible for the functionality of the whole thing. The electric motor may have a belt or gears to make this tool function. The blade comes through the surface of the table, giving support to any material that needs to be cut.

In the modernized version of  a table saw, you can adjust the depth of the cut by moving the blade upwards or downwards. The higher you move the blade, the deeper the cut. In older versions, however, adjusting the depth

of the cut was a lot more arduous, one needed to move the entire table up and down in order for the cutting depth to vary. The angle at which the cut is made can be changed by adjusting the blade’s angle, however, in earlier versions, the table’s angle needed to be adjusted:

These table saw are also known as job-site saws and are comparatively lighter in weight and have been made to go on top of a table to be properly operative. They are usually directly driven by a motor. They need to be lifted or carried to the place of work. They are designed to be light and compact, having parts made of aluminum, plastic and steel.

They are inexpensive and not the most capable of all the three table saws. It has a powerful motor in relation to its size, although not as effective as an AC motor. The width of the stock that can be ripped is quite less as this cheap table saw, is not as big as the other two.

This kind of cheap table saw is larger, bulkier and has an attached base, with wheels to make moving it about easier. The motor either directly drives the blade without a belt or uses one or two belts. When there are two belts, they are of an induction motor type. This type of cheap table saw is most commonly used by home owners and people who do woodwork as a hobby. The main reason behind this is the fact that it does not cost a lot to run and can be powered by domestic electrical circuits. The only problem with this kind of table saw is dust collection, particularly in models in which have a motor which hangs off the rear of the saw on a pivot.

They are heavy because they are made up of a large amount of steel and iron, in order for them to be more accurate and minimal when it comes to vibration. This cheap table saw is give the name “cabinet: table saw because they have a closed base. The motor which drives the blade is present in the cabinet base, three parallel belts connect these two parts. 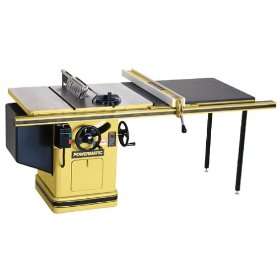